MARY HERSHEY’S first book, a tall tale of sibling rivalry, entitled MY BIG SISTER IS SO BOSSY SHE SAYS YOU CAN’T READ THIS BOOK was published by Random House in 2005. THE ONE WHERE THE KID NEARLY JUMPS TO HIS DEATH AND LANDS IN CALIFORNIA was released by Razorbill last year, and was selected for the 2008 New York Public Library Best Books for Teens List. Her third book, TEN LUCKY THINGS THAT HAVE HAPPENED TO ME SINCE I NEARLY GOT HIT BY LIGHTNING, will be out this July, and she is currently working on her fourth book with Random House. In addition to being an author, Mary works for the Department of Veteran Affairs, is a personal coach, a former undercover hooker, and a wannabe yogi. She lives in Santa Barbara with her partner and two bipolar cats.

Mary is also a contributor to one of my favorite blogs in the whole wide world, Shrinking Violets Promotions, where she and Robin LaFevers help introverted writers (such as yours truly) learn how to promote their books and explore the world as an “innie.”

What is the most important aspect of writing a humorous novel and how do you achieve that?
Uh, how many humor writers does it take to answer that question? Four. One to answer it, one to make a joke about it, one to go around for the next six months telling it, and one to try in vain to screw it into a light socket. :->

It’s a great question, Terry, and one could write volumes on it. Here’s the cliff notes. I think the most important aspect is knowing your audience. You need to ‘get’ and target the developmental stage of humor that comes with the reader’s chronological age. It is essential to understand the social, cultural and the contemporary variances in humor. What might be funny in 1983 is not necessarily funny in 2009. Humor is a tool to be used to achieve a specific effect on the reader. At it’s very finest, humor has the ability to delight, teach, and relieve–helping the reader to both transcend and reclaim one’s humanity.

This is a “Which came first, the chicken or the egg” kind of question. When writing a story, do you already have certain humor aspects in mind (funny plotline twists, main character traits and quirks, humorous secondary characters) or are these things discovered/developed as you progress through your story?
I always start with character, but that is a highly personal decision, not a craft one. There are essentially four types of humor: physical humor, humor of situation, humor involving play on word, and humor of character. In any one book, or even one scene, you may use any combination of all four of these. Where you choose to start building your story is unique to you.

I begin with character, experiment with their voice, and then I find just the right setting and situation for them. A stellar example of that is Lauren Tarshis’ Emma Jean Lazarus Fell out of a Tree, a middle grade novel released in 2007. Emma Jean is a powerful character that drives this marvelously funny book all the way. Another storyteller might start with a seed of a humorous situation, then build from there, finding character(s) that would ‘fit’. For example, apparently author/illustrator Mo Willems asked himself one day–What would happen if a pigeon tried to drive a bus? Physical humor and humor involving play on word usually grow from the characters and situations you have chosen.

So to summarize, chickens are funnier than eggs, but research has proven that ducks are the funniest animal at all. I hope that clears things up once and for all, Terry.

What’s your favorite children’s joke?
Why did the boy tiptoe past the medicine cabinet?

He didn’t want to wake up the sleeping pills.

Thanks for the insightful answers and chuckles, Mary!

One thought on “MINI-VIEW: MARY HERSHEY”

Other Books By Terry 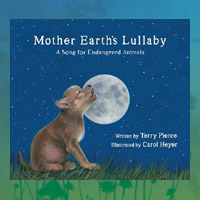 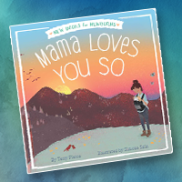 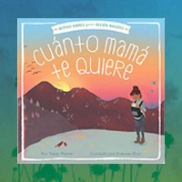 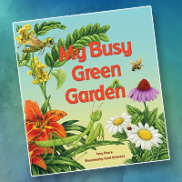 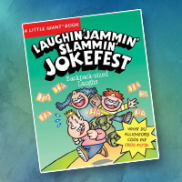