I’m thrilled to announce that Yosemite Conservancy will be publishing a companion book to my popular board book, EAT UP, BEAR! (ill. by Nadja Sarell), titled HELLO, MEADOW!

Meadows are an important part of the water cycle, not to mention habitats for many animals, and a source of beauty and calm for humans. So of course, they deserve our respect and care. Nadja Sarell will also illustrate the book. I absolutely adored her illustrations in EAT UP, BEAR! and am so excited that she agreed to illustrated HELLO, MEADOW! The book is slated to be released in 2023.

I want to spread some love and get the word out about Love Can Come in Many Ways so I’m doing a book giveaway over on Twitter until midnight tonight (Saturday, October 17)!

My Twitter handle is @terrycpierce. All you have to do to enter is: 1) follow me, 2) retweet, and 3) tag a friend. (sorry, USA only). I’ll announce the winner on Sunday!

Hope to see you there!

In my last post, I spoke about waiting while your book has gone to print. It can feel like forever so when it arrives at your door and you FINALLY get to hold YOUR BOOK in your own hands, well, it’s nothing short of magical. Here’s a video of me seeing Love Can Come in Many Ways for the first time. Oh, and you never know when your books will arrive, so please excuse the down-dressed appearance. And I never realized how squeaky my voice gets when I’m excited!

I don’t know if you could tell, but there were tears in my eyes. It’s so incredibly special to hold my book for the first time. And I am profoundly grateful to my editor, Ariel Richardson, Chronicle Books, and our wonderful illustrator talent, Suzy Ultman.

Now, I cannot wait for little ones to hold in their own hands! It’s coming out October 20, but you can preorder HERE.

Today my editor let me know that Love Can Come in Many Ways has been listed on The Today Show’s 2020 Holiday Gift Guide for Best Books for 1-Year Olds.

You might wonder, What’s the big deal, Terry? Well, if you look at the other nine books listed by amazing authors such as Sophie Blackall, Nikki Grimes, Sandra Boynton, Mac Barnett and others, well, I’m kind of excited! These are all writers I admire and have been smitten with for years.

Thank you, The Today Show!

Last post, I shared the collaboration process for Love Can Come in Many Ways. I left off after the twenty-eight months of collaboration, followed by Chronicle sending Love off to the press (early this year). The original publication date for Love was August 2020, but like so many book releases this year, Chronicle postponed it until October 20 (plan ahead for holiday shopping!)

So, what does an author do while their book is being printed, which takes a few months (usually about six, in my experience)? I’ve always referred to this period of time as waiting for the slow boat from China (literally, sometimes!). Well, I always do two things—work on the next book, and think about how to promote the upcoming book.

The segue into the next book came fairly easily for me after Love. I had already started working on a “sequel” or “companion” book, hoping Chronicle would be interested (I won’t go into the details here because I don’t like talking about works in progress). To my delight, my editor was interested in discussing future books. We exchanged some ideas, so I sent her a couple of manuscripts that she shared with our amazing illustrator, Suzy Ultman. I felt that—while there was no commitment from Chronicle on any projects—we were moving in a positive direction. Our discussions centered around how to bring more love, kindness, compassion and goodwill into young readers’ lives through books. All great things, in my opinion.

Covid is deadly serious and not something to make light of, as we all know. But in addition to the health crisis, one of its fall-outs has been the uncertainty and disruption to businesses everywhere, including the publishing industry. I won’t pretend to understand all the financial impacts and intricacies, but it has definitely slowed down the cogs and gears of the publishing business. At least, until we have more certainty about the future.

So, my editor kindly and compassionately informed me that our potential projects would have to wait a bit. I can’t imagine how hard it is/was for editors to tell their authors and illustrators about book release delays, projects being put on hold, etc. But I certainly understood. I just said to myself…

Give it some time.

Just take it one step at a time…

And really, with everything happening in our world right now, this is not the worst thing. Sometimes, life makes us stop, take a breath, rethink things; appreciate the good around us and within us. And boy, do I have a lot for which I’m thankful!

Back to writing, while I’m continuing to work on some other manuscripts, I’m also focusing on Love’s book promotion (the other thing I do while waiting for a book to come out). And book promotion during a pandemic has had its challenges! No book launch or in-store signings. But I’m trying other things—I‘ve expanded my social media presence, including revamping my Twitter account (I even opened an Instagram account, which I’m still trying to figure out!). I’m blogging again (obviously!) and in October and November, you’ll find some fun posts, interviews, and giveaways. I’m doing a joint virtual book launch is December and some other virtual events to celebrate the release of Love Can Come in Many Ways (more details to come on those events).

Because, you know, we should all be spreading the love a little!

On my last post, I ended with my idea and what inspired me to write Love Can Come in Many Ways (available for preorder HERE). This manuscript took a few turns along the path toward becoming submission-ready.

As I mentioned last week, I began writing this in early 2017, when I was feeling so saddened by the lack of civil discourse in our country. I mean, how could be people be so unkind and disrespectful to each other? After being motivated by some beautiful animal photos, I began writing a new picture book, Tummies, Tongues and Twisty Trunks: Love is Everywhere.

I know, I know! That was a mouthful for a title! I loved the alliteration of the first part, but as is, it sounded like a nonfiction book, so I added the subtitle to make sure the concept and tone was clear. But yeah, what a mouthful of words! So, I put the title issue on hold and started to write.

At that point, I knew the topic: animals showing affection. I knew the meter (rhythm pattern) I would use throughout, which I wrote at the top of the page to keep me in rhythm as I wrote:

Or, if you prefer…

(Note: Sometimes I used a “pause” for the middle unstressed beat:

It only took a few weeks to come up with a solid draft. Inspired by gorgeous photos, I made a list of key words that came to mind, such as trunk, fur, arms, paws, tails, etc., depending on the animal. I played with the verbs (gerund form) and prepositions to fit with the rhythm (embracing arms, protecting wings…). This really is the kind of writing I LOVE to do so it was pure joy for me to do this kind of detailed wordplay. 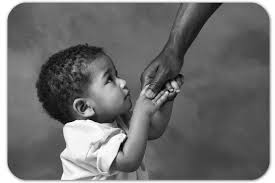 Once I got the animal part down, I knew I wanted to include humans in the mix, as well. I decided to do this by creating two couplets  to include ways that humans show affection, love, and kindness (one in the middle, one at the end). I brainstormed another list, everything from hugging and kissing to holding hands to playing games to simply smiling at one another. Here’s another favorite inspirational photos…doesn’t this child’s face say it all?

I tinkered with the rhyme and rhythm a lot. One “trick” I always do when I write in rhyme is to walk while reading my story out loud (thank you, Ann Whitford Paul, for sharing that trick with me so very many years ago!). This is a sure-fire way of “feeling” any glitches in the rhythm (like tripping on a crack in sidewalk if your meter is off!). The other thing I do is ask my husband to read it out loud to me. One of the best tips for checking your work–prose or verse–is to have someone read it aloud who is NOT used to reading aloud. This is a great way to hear how a future book buyer might read your work (and you might be surprised at how differently someone might read a sentence than how you hear it when you write it!).

And of course, I did multiple scans of my text, to make sure my rhythmic pattern was consistent. Because this book was so simple and intended for very young readers, I chose to keep a consistent meter. With longer picture books, I’ll often break the rhythm at an appropriate time, such as a pivot point in the story or where the action is disrupted. But with LOVE, that wasn’t necessary.

After about two months into working on the manuscript, I asked my writing group to review it for me. Their initial response was hugely positive. A couple of concerns were the title (too nonfiction-y sounding), and they guided me towards submitting it as a board book, not a picture book. Multiple people said it was “too thin” for a picture book, that the simplicity and “list” feeling of ways of affection seemed to read “board book” more than “picture book.” Did I mention how helpful writing groups can be? (or writing partners!)

I made a few small changes, including changing the title to Love Can Come in Many Ways. Then, I felt like it was ready to send out (I got the idea in January 2017 and it was now early April). I was super excited about the manuscript and had a good feeling about it. Now, it was a matter of hoping my agent would be as excited about it as much as I was.

Next post, I’ll talk about the submission process. Stay tuned!

I am over the moon excited to share in the Yosemite Conservancy’s cover reveal of my latest board book, EAT UP, BEAR! (Ill. by Nadja Sarell).  Living in the Sierra Nevada Mountains, this book is close to my heart as it helps teach little ones how to keep bears wild, AND every purchase helps support one of our greatest national treasures, Yosemite National Park. The book comes out spring 2021, but you can preorder now through Bookshop. Just press your paw HERE. 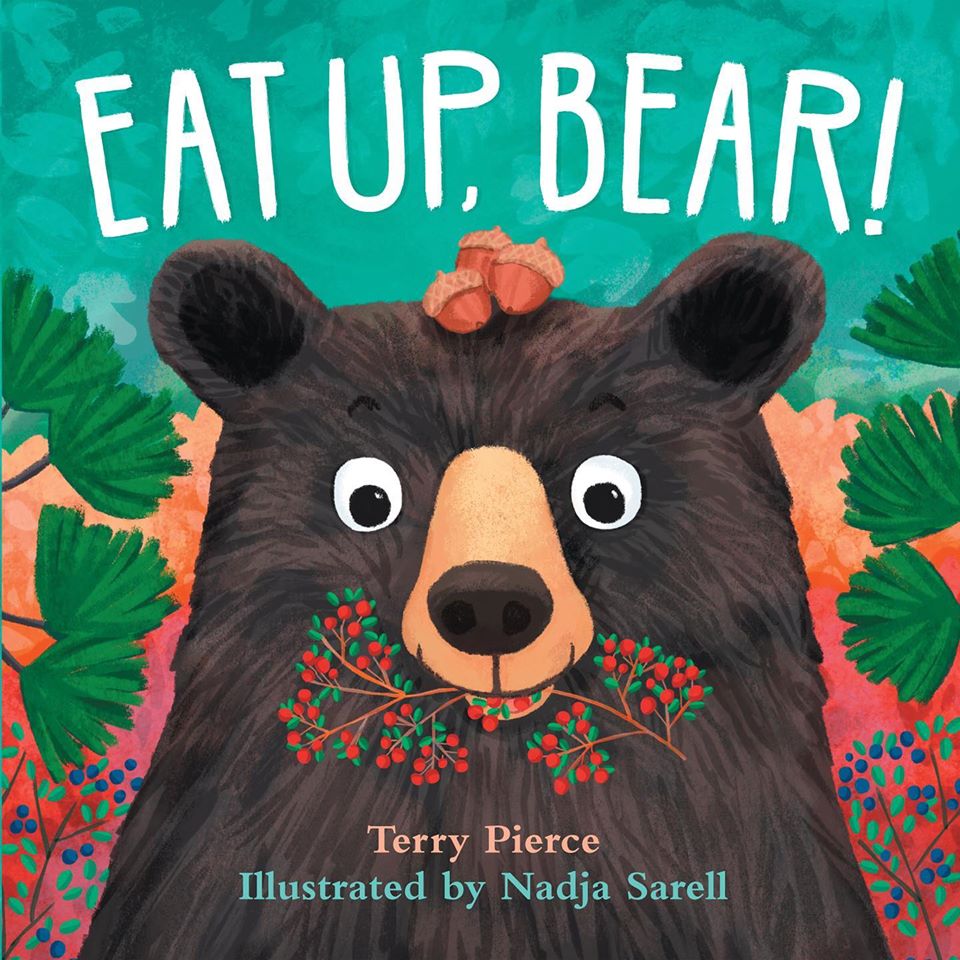 The year 2018 has been a challenging one for me. I’ve had not one, not two, but three family members face serious medical/health issues. Life has tested me, for sure, and I cannot wait for 2019 and the hope for less stressful, happier, healthier times.

That said, my life is settling back to normal now, except for one thing–I had to have hand surgery earlier this month! When I’m all healed, I’ll have a brand new “bionic” thumb! But for now, I’m in a hand splint and typing one-handed (non-dominant hand). It’s a bit frustrating at times (and yes, I’m aware of dictation software–just haven’t found one I like) but despite my temporary disability (“temporary” meaning 6 months), I wanted to share some news.

Simon & Schuster is releasing a Spanish edition of MAMA LOVES YOU SO! The new edition, CUÁNTO MAMÁ TE QUIERE will be released NEXT WEEK, on August 28! Same gorgeous artwork by Simone Shin but translated into Spanish! 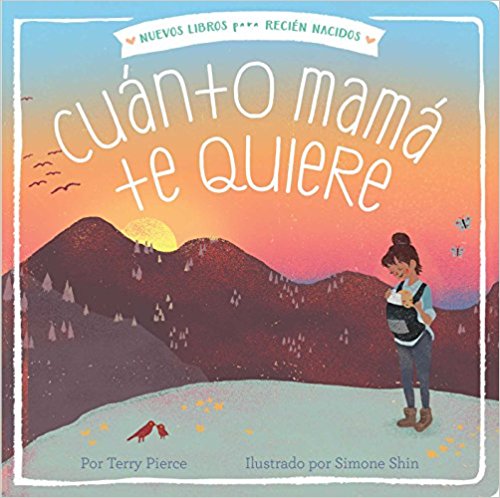 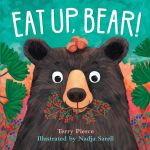 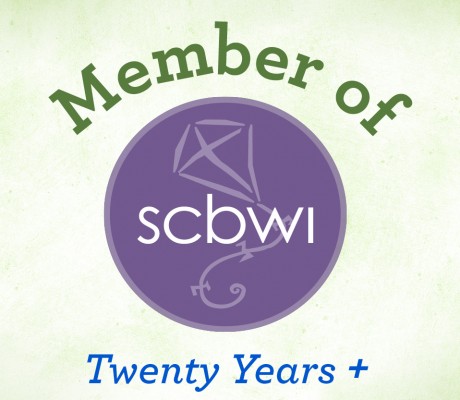 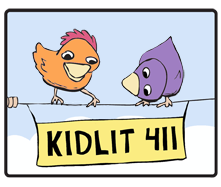